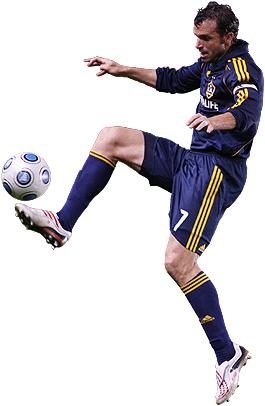 A bicycle kick in itself is pretty mystifying, considering the player begins the kick with his back facing the intended target. He then hurls his head and upper body backward toward the ground while his feet and legs whip up into the place his upper body was. All of these acrobatics are an attempt to accurately strike a flying soccer ball.

Imagine executing that kind of kick while your team is trailing 1-0 in the waning seconds of a highly competitive Superliga final match.

L.A. Galaxy midfielder Chris Klein doesn't have to imagine anything. He lived it. On Aug. 29, 2007, to be exact, when the Galaxy took on C.F. Pachuca. As one blogger* wrote, "You're one down, you're deep into stoppage time, the seconds are ticking off ... And then this play happens. Magical."