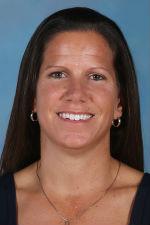 When Jill Stephens filled the head coach vacancy at Florida Southern College left by AVCA Hall of Famer Lois Webb in 2001, not much changed within the program. Stephens was, after all, one of Webb's pupils, one of the greatest volleyball players in Moccasin history, and a member of the school’s athletics Hall of Fame. Now, 13 seasons later, Stephens sees a bit of herself in the young women she’s training, both in the game and in their faith through her involvement with the school’s FCA Huddle that she helped start as a student-athlete herself.
Original Link
Bible Reference 2 Timothy 1
Sport
Volleyball
Ministry:
Sport, Coach, Campus, College
By FCA Resources November 1, 2013