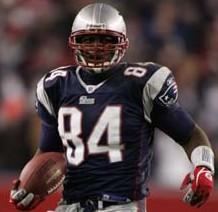 Champ Bailey didn’t see it coming. Nobody did — except maybe Ken Watson. “Where is Benjamin?” Ken asked his wife as the two-inch Bailey sprinted across their television screen and down the length of INVESCO Field. It was the third quarter of the 2005 AFC Divisional Playoff game between the New England Patriots and the Denver Broncos; Bailey had just picked off New England quarterback Tom Brady’s pass in the end zone — a throw meant for Troy Brown — and he was now sprinting the 100 yards toward the Pats’ end zone. “I know he’s going to be there!”