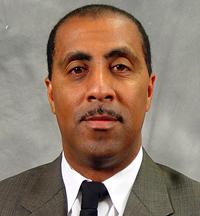 For Lorenzo Romar, integrity is one of the simplest concepts he’s ever learned—so simple, it only takes a brief, pondering pause followed by a concisely spoken sentence for him to explain.

“A person with integrity consistently does the right thing,” he states matter-of-factly.

As the University of Washington men’s basketball coach, Romar has provided a walking, talking example of integrity to the young athletes that don the Huskies’ uniform year in and year out.