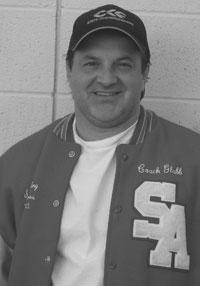 Failure threatened to expose Coach Scott Glabb. He slumped against the door frame of the Santa Ana High School wrestling room and watched the last of his wrestlers exit the school after practice. But could he even call it a practice? He’d wasted the first 15 minutes searching for the keys to his office after his athletes had locked him out … again. And when he’d finally gotten to the wrestling room, he’d found that half of his team was missing. Of the few who had shown up, two were set to exchange blows over allegedly stolen wrestling shoes, and one appeared to be intoxicated.