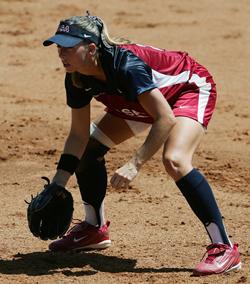 To this day, Leah O’Brien-Amico remembers the phone call. It came a decade ago, but it seems like yesterday. It was in the morning. O’Brien-Amico, who was at the time still in the process of building her softball-legend status as part of the U.S. National Team, was standing in the lobby of a hotel chatting with some teammates.

She was in a good mood; it was a joyful time. An Olympic gold medal-winning athlete, O’Brien-Amico had just wrapped up her final season at the University of Arizona, where her team had won the College World Series about a month earlier. It was the third national title Arizona had won while she was there.