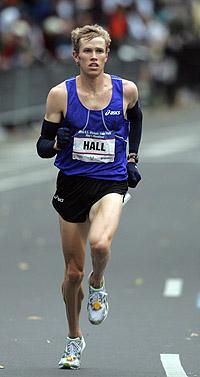 Going the Distance: Excerpt from Excellence

As Ryan Hall's relationship with Jesus has grown, so has his understanding of excellence. Part of his early struggles as a runner were based on the identity crisis that often takes place for those sports competitors who have highly measurable templates for success.

"The world's definition of excellence is just based on performance," Hall says. "As soon as you're not performing, no one wants to talk to you anymore in the media, and it's easy to get down on yourself. It's all wrapped up in performance. It's like building your house on the sand. It's very changing and fleeting, and eventually it's going to be gone, because no one is always on top of their game.

"But when you find your identity in Christ and in what He's done for you, it's the unchanging, sturdy rock that you can always stand on."