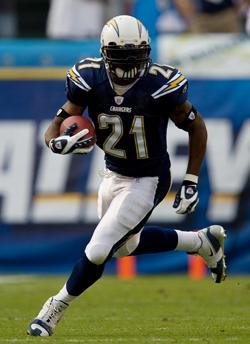 One of LaDainian Tomlinson’s favorite verses is Luke 12:48: “...Much will be required of everyone who has been given much...” The passage, which is a direct quote from Jesus to His disciples, is one LT’s mother instilled in him when he was young and that now serves as one of his core life principles. It sits there, in the back of his mind, waiting to be recalled at any moment that he might need to explain just why he is so generous with his time and resources.

Many who read Luke 12:48 are overwhelmed by the responsibility it commands, but not LT. He wants to be a role model. He’s had that desire since he was in high school. He wanted the Lord to call him to a high position so that he could positively impact student-athletes the same way he was influenced at that age.