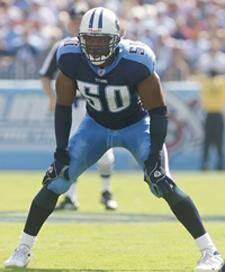 Seven years later, Arnold Thornton still feels the tingle of amazement. He remembers that late August day in 2001, gawking with his brother at the flickering images on ESPN: "Is that really David — our David — putting a lickin' on the defending national champs?"

It was. The name on the back of his jersey was the giveaway. Otherwise, Arnold would have had his doubts. Sure, his son had been a gifted three-sport athlete at Goldsboro (N.C.) High, but Arnold had never seen David fly around the football field like this before.