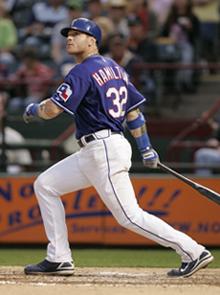 Prior to the 1999 Major League Draft, Josh Hamilton was considered a prospect with all the tools. A 6’4” southpaw who could both stun hitters from the mound with his 96-mph fastball and shame pitchers from the plate with his bat speed of 110 mph, Hamilton had incalculable potential in the game. He held the world of baseball at his fingertips.

Recognizing the 18-year-old gold mine, the then-Tampa Bay Devil Rays selected him as the No. 1-overall draft pick out of Athens Drive High School in Raleigh, N.C. When one reporter asked his thoughts on his gleaming baseball career, Hamilton replied, “I want to play for at least 20 years so that, when I retire, I won’t have to wait to be in the Hall of Fame; I will just be inducted.”