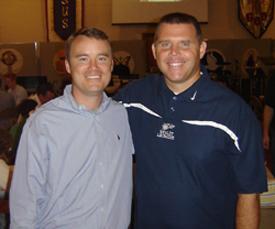 Native Americans, after inventing lacrosse centuries ago, called it “the medicine game.” They said it was a supernatural gift, possessing the power to bond and heal communities.

“People from the tribe hoped if they played hard enough and the ‘Creator’ was pleased with the game, he would take energy from those who played and transfer it to someone sick in the tribe,” said Christian Zwickert, the fifth-year men’s lacrosse coach at Wesley College, a small United Methodist school in Dover, Del.