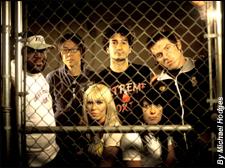 Every great moment in sports has its own soundtrack — a song that fuels the emotion of the moment. Would movie goers be half as moved if they watched Rocky Balboa train for a fight without hearing “Eye of the Tiger”? Imagine any college team taking the field without the band playing the school’s fight song. As an athlete, have you ever tried to prepare mentally for the game without using music? Would fans come to the games if they had to sit in silence?